What Businesses Can Learn From Cricket Australia’s Ball Tampering

One news item has dominated Australia’s media landscape over the last few weeks. If you somehow avoided the issue or are based in a location where it didn’t receive much airtime, allow me to explain. Australia’s now former cricket captain Steve Smith, its former vice-captain David Warner and bowler, Cameron Bancroft, have each accepted the lengthy bans handed down by Cricket Australia for their part in ball tampering. In the latest cricket test in which the Aussies played South Africa, Bancroft took a piece of sandpaper to the ball, and was caught on tape and replayed millions of times globally. The rest is history!

Fast-forward past lots of media commentary, the public’s outcry, numerous apologies and lots of tears on the part of the players involved and former coach, Darren Lehmann, there is one key takeaway from the saga that every organisation should take note of: it’s all about trust.

Beyond the cricket and our very public questioning of sporting heroes in recent times (I won’t even mention the sledging issue involving Warner, which perhaps fueled the ball-tampering incident), there appears to be a wave of trust issues that are rife within our communities, not only here in Australia but around the globe. In addition to our sportspeople, politicians and business leaders are under fire. The latest research tells us that global trust in the US has declined whereas trust in China is soaring. If you’re keen to delve further into the specifics, look at the latest Edelman Trust Barometer Global Report.

So, let’s begin with the basics: what is trust? According to the first definition a trusty Google search delivers, trust is defined as a “firm belief in the reliability, truth or ability of someone or something.”

With that in mind, let’s explore why trust is so important in every aspect of society.

Quality, healthy relationships at any level are all built on the foundations of trust. These foundations revolve around individuals doing the right thing at the right time and in-line with the values that are important to us. Fundamentally, we all want to believe in and have faith in our leaders and colleagues, and know that in both the good and bad times, they have all stakeholder’s interests in mind and will act accordingly.

There is no doubt that self-interest has limited benefits, both at the political and business tables. We look to our leaders to model the behaviour we aspire to re-create in our own world. Some of the most critical leadership abilities include:

Now I’d like to challenge you with a few pressing questions. Consider your own situation and circumstances within the workplace: how do you know you are trustworthy? Grab a notepad and a pen and jot down what behaviours you display to reinforce that you can be trusted.

What do you commonly see and experience around you and in others that would make you question their trust levels?

When things don’t go to plan in the workplace, do you communicate with those around you or remain silent, hoping any issues go away by themselves?

I’ll leave you with this final question to ponder and comment on below: in your experience, can trust be rebuilt? 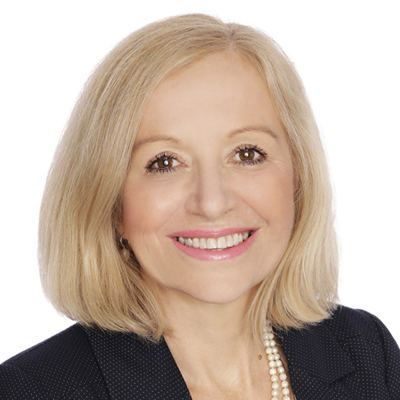 Deborah Wilson is a Thought Leader in Executive Careers. She takes a personalised approach to strategic career coaching and career transitions, mentoring, and leadership development. Deborah provides expert guidance for individuals while supporting organisations through change and connecting people and purpose. Call Deborah on +61 403 779 746. www.ontalent.com.au